A new report, “Women20 for the G20”–co-authored by FINCA International board member Amanda Ellis along with Marianne Dutkiewicz–provides recommendations for  G20 countries to promote gender equality in the Asia-Pacific region.

In 2014, G20 members committed to reducing the gender unemployment gap by 25 percent by 2025 (“25 by 25”). According to the report, a number of steps should be taken to meet that goal in the Asia-Pacific region: actively promote women’s financial inclusion; improve women’s access to digital technologies; adopt proactive legislation to support women-owned businesses; and encourage female representation on corporate boards, among other things.

The report was prepared as part of the East-West Center’s Inaugural Asia-Pacific Dialogue 2017. 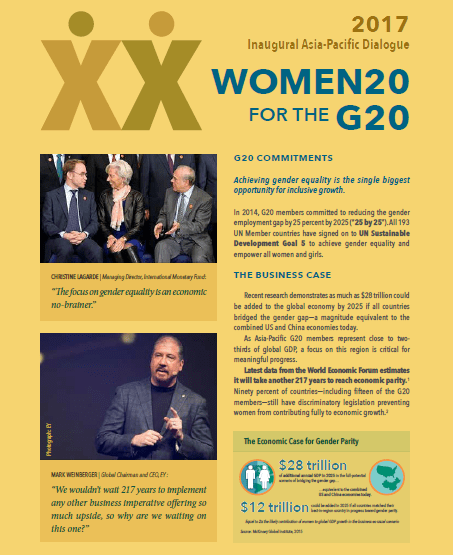 Andrée Simon on CGAP Blog: The Menace of COVID-19 for Microfinance